The  holiday shopping season is in full swing and mobile devices are once again a popular item on many shopper’s lists.  While comparing the display specs of various smartphones and tablets shoppers will notice the term “pixel density” being thrown around a lot this year.  Pixel density is a measurement of display resolution and in the U.S. is usually expressed in pixels per inch or PPI.  Pixel density can be calculated by simply dividing the width or length of a device’s screen resolution in pixels by its physical width or length in inches.  For example, a screen with a resolution of 800 x 600 pixels and physical dimensions of 4 x 3 inches equates to a pixel density of 200 PPI.   The pixel density of a screen determines how detailed of an image it can display with higher pixel densities resulting in increasingly sharper and clearer images. 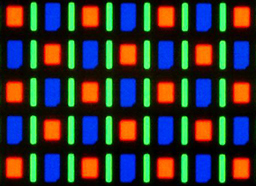 But are there limits to just how sharp and clear an image a screen can display?  Technologically there appears to be no end in sight (pardon the pun) with new devices coming out every year with higher and higher pixel densities.  But what about the human eye?  Are there limits to how many pixels we can actually discern in a given inch of space?  According to late Apple founder Steve Jobs the “magic number” is about 300 PPI for a device held 10 to 12 inches from your eye’s retina.  With a pixel density of 326 PPI it is easy to understand how Apple came up with the name “Retina Display” for the screens of its newer iPhones, iPods and iPads.  Although some would argue that the number is higher it is generally accepted as correct for a person with 20/20 vision.  Of course the closer a device is held to the eye the higher the pixel density it can perceive.

This holiday season shoppers should keep in mind that most new smartphones and many new tablets feature screens with pixel densities greater than 300 and even 400 pixels per inch!  This will of course soon become the norm leaving mobile device users with a more important question to answer:  Exactly what size device works best for me?  Smartphones are typically between 4 and 6 inches long, making them pocket size while anything longer usually qualifies as a tablet.  But use is also a factor when considering what device to purchase.   No matter how high the pixel density, movies will always be hard to watch on a screen smaller than four inches while screen size is almost irrelevant for someone just looking for a phone.  Be sure to consider all these factors when shopping for that perfect mobile gift for yourself or someone else.  Happy Holidays!